This apartment is an example of our approach to interior design, namely that the most important thing in a home – its function. This is extremely important especially when it comes to a small apartment, which must contain all the necessary elements for normal living.

For a start, as always, we tried to make the most of the available space, by creating the best functionality, without burdening and limiting it, but on the contrary – our goal was to make these 70 m2 feel like 100 m2 in real life.

We created a rhythm of sliding panels, that allows the rearrangement of interior according to the way and time of use. Or rather, we do not give a precise definition of space, but instead create opportunities for flexibility and imagination on the part of the occupant to model it according to their needs. 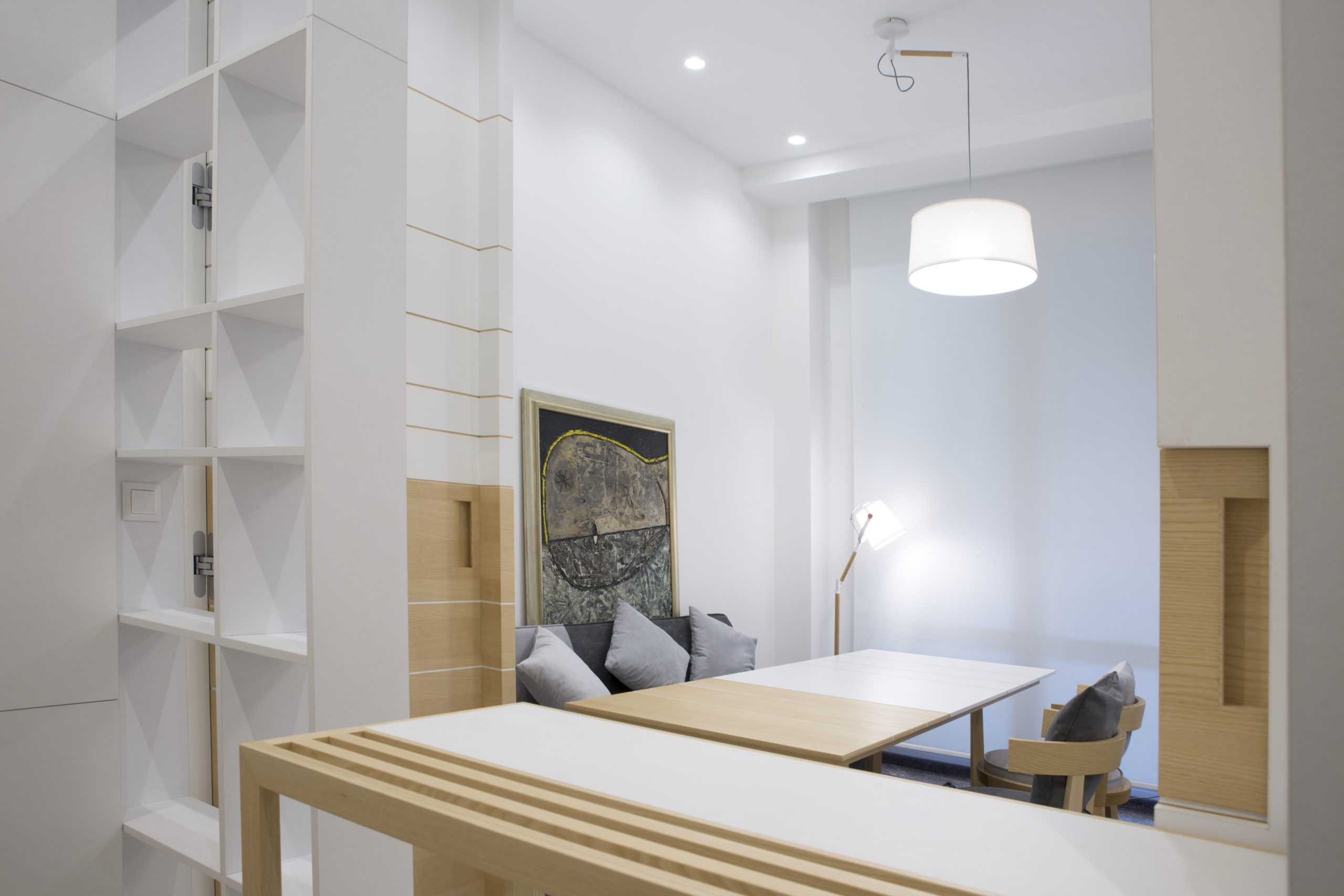 Without borders between the different zones

We designed different functional zones, each with an independent entrance, but at the same time passing from one area to another one does not have the feeling of being in separate rooms. With the possibility to close or unite the rooms through sliding doors, the border between the separate zones is lost, as well as the light is allowed to enter anywhere in the apartment.

A feeling of elegance and space

The monochrome interior, designed in white, as well as the height of the ceilings of three meters, create an additional feeling of elegance and large space. 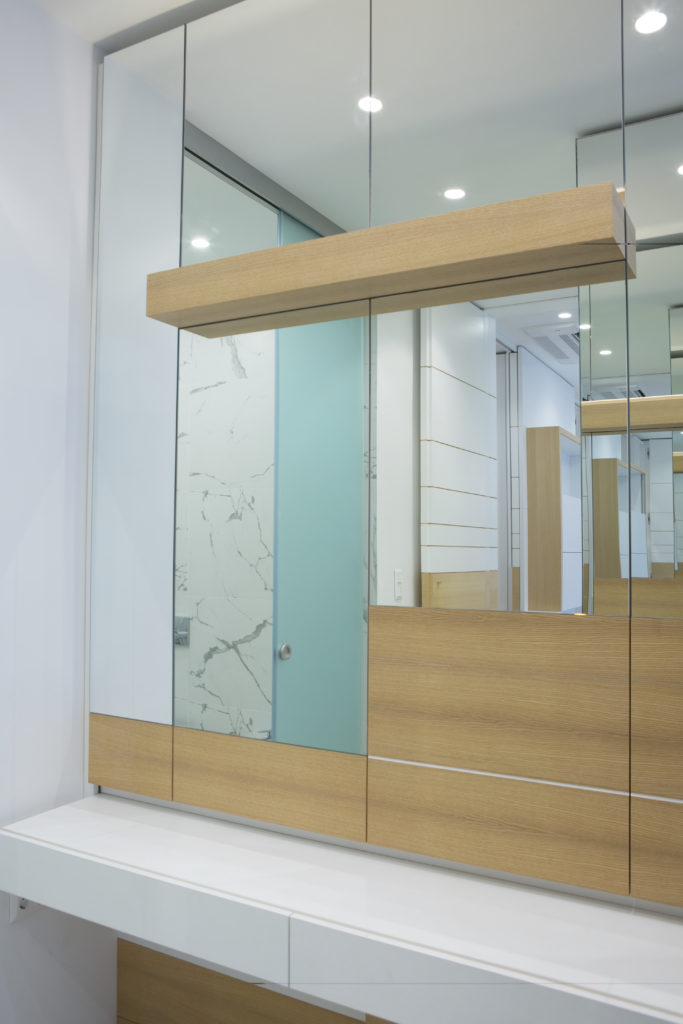 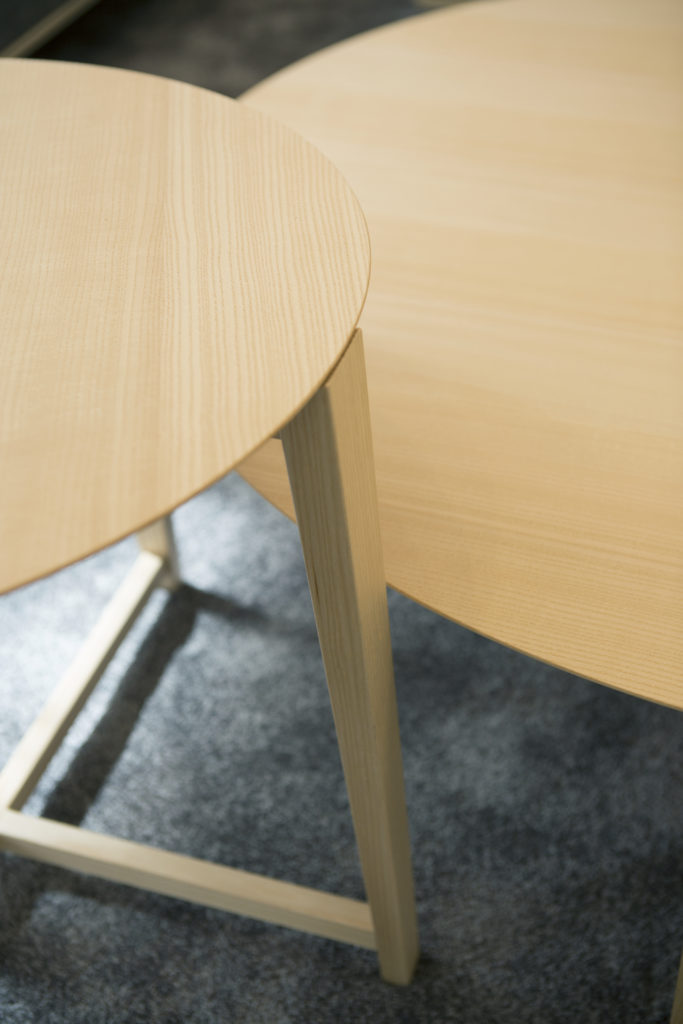 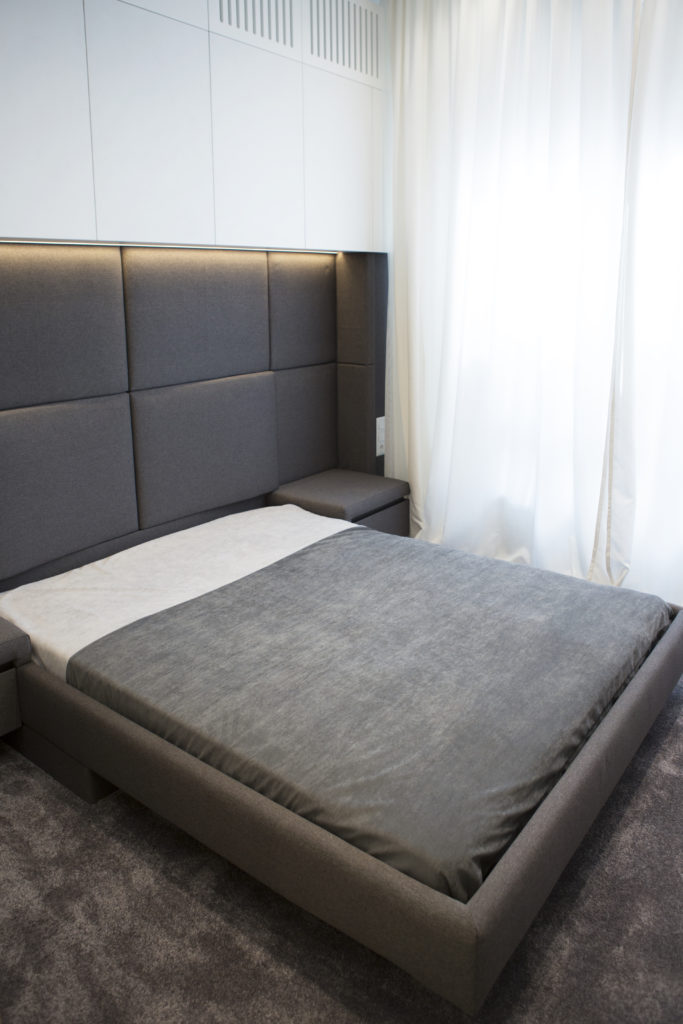 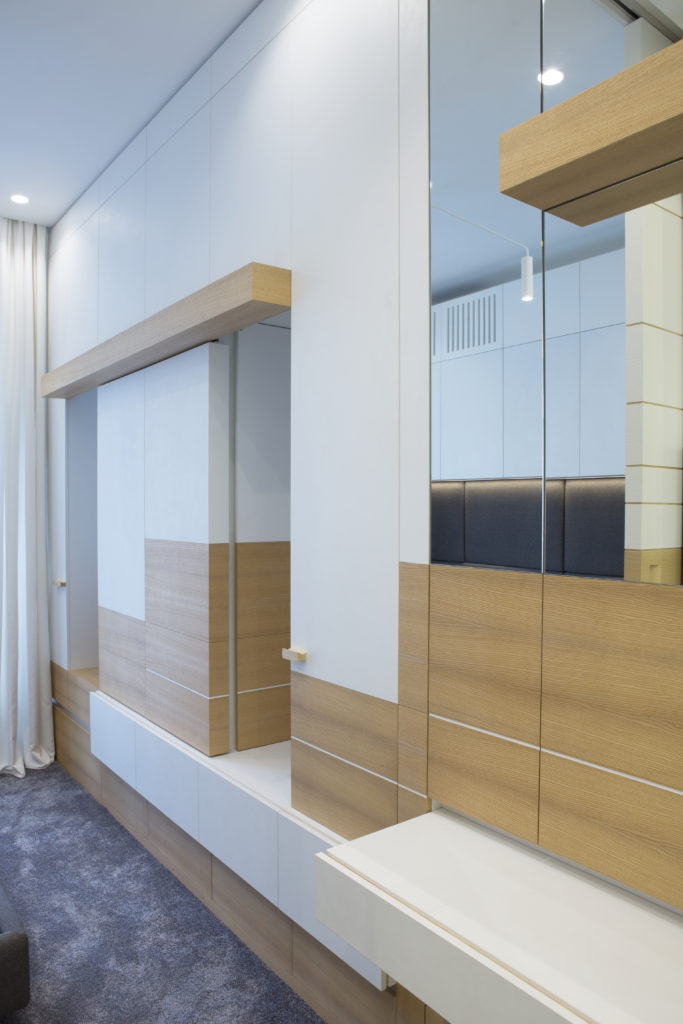 Daily rearrangement of the living space

It was a challenge for us to make these sliding panels, three meters high, which role was to give the opportunity for daily rearrangement of the space, getting poly-functional zones. 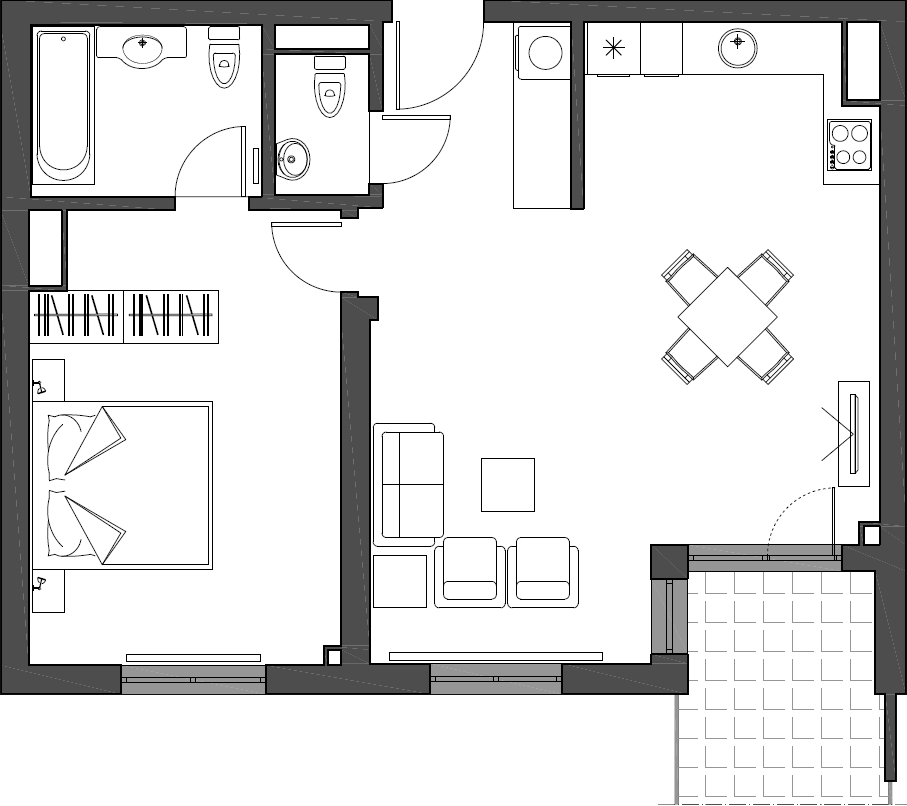